“The one constant through all the years, Ray, has been baseball.”

…and Vin Scully too.

Vin Scully recites the most iconic speech from a baseball film ever. #HallofFameTourhttps://t.co/ci59idkKOW

Scully will be taking a bow at year’s end on what has been an incredible broadcasting career in baseball. It began in 1950, when Scully joined Red Barber and Connie Desmond in the Brooklyn Dodgers radio and television booths. At 25 years old, in 1953, he was the youngest to ever call a World Series game…a record that stands today.

13 NL Pennants, 6 World Series titles, and 66 years with the same team makes Scully an all-timer. It’s hard to imagine someone other than James Earl Jones reciting the “People Will Come”, but then again Scully personifies what the speech means. Scully, like the game itself, endured. His voice is comforting, reminding fans of “when they were children and cheered their heroes.”

“It’s time for Dodger baseball! Hi, everybody, and a very pleasant good (day/evening) to you, wherever you may be.”

I love the Fourth of July as much as any holiday in the calendar year.

It’s a celebration of our nation’s independence, a time to get together with friends and family, a reason to eat ALL THE HOT DOGS AND BURGERS YOU WANT, and a solid excuse to blow shit up.

(If you work in Illinois law enforcement, I totally don’t have fireworks from either Wisconsin or Indiana in my trunk.)

This film should get the A Christmas Story “24-hour marathon” treatment on at least 3 networks every July 4th.

“The issue here is not that we broke a few rules…”. A scene and film that America’s founding fathers would be proud of…because F AUTHORITY!

On the heels of the release of the trailer for the new Rocky film, Creed, revisit the epic montages and eloquent post-match speeches that put Sly Stallone on the map. You’ll likely be doing your own impressions anyway.

In contrast to the previous Rocky IV scene (and Russian relations), and a year after…

My absolute favorite “Fourth of July” scene. In a high level security Nazi POW camp, the only 3 Americans in a prison filled with British officers celebrate by serving moonshine to all. The irony and symbolism is incredible.

As the late great Robin Williams once said “Canada is like a loft apartment over a really great party.” So why not take a friendly jab at our neighbors to the north, and then cheers them immediately after.

If you’re going to include one Matt & Trey, might as well include the other that is AS AMERICAN AS IT GETS. Couldn’t choose just one scene, so why not go with the montage?

There are few scenes in cinematic history that could properly capture a kid’s childhood on the Fourth of July like this one…and of course, Benjamin Franklin Rodriguez.

This one’s too easy…While Mel Gibson isn’t anybody’s favorite representative of anything these days, rallying your troops to never retreat with the symbol of your nation is still a nice touch.

No explanation needed…just Jack being Jack.

What’s more mythical in America than baseball? Opening Day is the closest thing to the Fourth of July in terms of pageantry and celebration that you’ll find in this country. So why not commemorate this weekend with one of the all-time great monologues for the sport…?

“Although our dreams of freedom have died a tragic death, the Hollies are still alive.”

Along the lines of gently lifting a middle finger to authority…I love this scene for the sole reason that the only American on the ship, Philip Seymour Hoffman, is the one to push the envelop even further while this band of British Rock N’ Roll DJs revolt against a government that doesn’t like good music. A modern Great Escape moment, if you will…

When it comes to rebellious teens and young adults, never underestimate the power of music…or Simon and Garfunkel.

In a world of social media and free speech, you’re allowed to get mad…get mad as hell and know your life has value. That’s what your founding fathers and mothers did. (Yeah, this clip makes you feel feelings.)

The Simpsons and Schwarzenegger. That is all.

Who do you play for?

It’s a beautiful thing when an African Prince (that you didn’t get a scam email from) can appreciate the little things when he first reaches our fine nation.

When I first saw this film, the entire theater gave an ovation when Quentin Tarantino gave us his spin on WWII history and Hitler’s fate. That was fantastic

Hard not to include the most American superhero in this ultra American compilation. Also worth noting that this is my favorite scene in my favorite Marvel movie.

It’s one of the most important in film history…and one that is still relevant in today’s America.

Just like how Die Hard is a Christmas movie, Jaws is very much a Fourth of July film. I mean, that’s when it takes place after all.

Have anymore movies and scenes in mind? Let me know on Twitter @Mike_PiFF03. 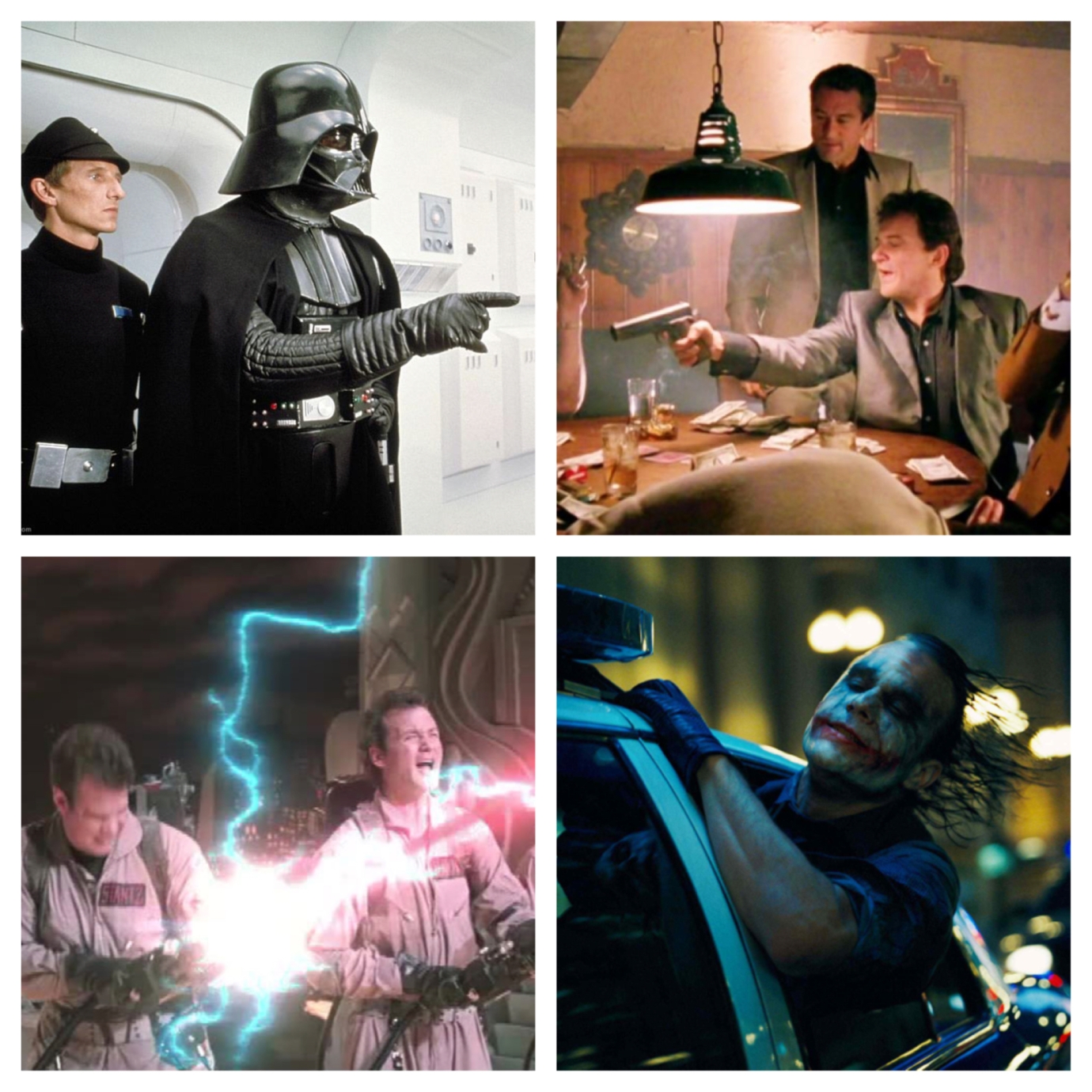 Welcome to the next round…

[Update]: Voting has closed. The winners are below and have advanced to the Sweet 16. Voting will resume again Monday morning, March 30th on MichaelPiff.com

(5) Guardians of the Galaxy

AGAIN, VOTING WILL RESUME FOR THE SWEET 16 TOMORROW MORNING. THANKS FOR PLAYING.

[Update] Voting has closed. Winners below.

(3) Monty Python and the Holy Grail

Voting will remain open until 11 PM CT. Share with your friends to vote for your favorites. You can also Tweet your votes to @Mike_PiFF03 with #MovieMadness. Vote for Part I matchups by clicking HERE!