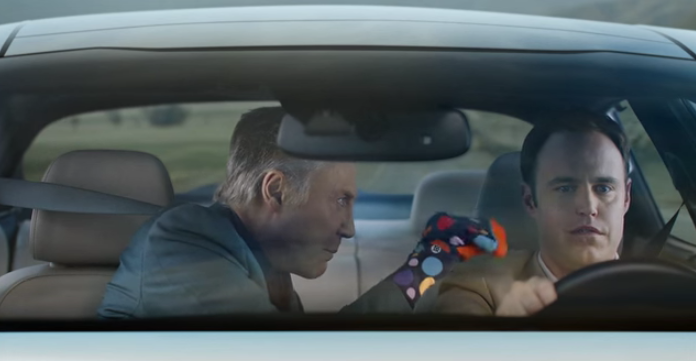 If you are a big Broncos fan or really love defensive play, then you probably enjoyed the game. If not, well…at least we had the commercials.

I’m not sure there was one ad during last night’s Super Bowl broadcast on CBS that will go down as an all-time favorite, but there were some very good ones – Puppies, a meaningful PSA, Superheroes, two well placed songs, and a casting that probably was cooler to some than others.

At times, you wondered “They really paid $5 million for that?” Like that detergent that nobody’s heard of…or the F’ing PuppyMonkeyBaby. I’m good not spending my money on Mountain Dew for a long time. Was there really a Scientology ad too? Glad I didn’t notice that one.

When you’re forced to sit down and remember what stuck out to you the day after, these are the commercials that worked.

For those of us who are still looking up at the stars to see if Bowie is winking back down at us, this ad was cool. Audi also chose to use my favorite song choice from Oscar-nominated “The Martian”, which I’ve listened to at least 3 times a week since seeing it in theaters.

This may not have been as funny to expecting mothers as it was to me, but come on…Doritos picked a solid one from their annual Super Bowl ad contest. Considering I was a baby shower the day before, it tickled me a little more.

It felt strange not seeing any polar bears from Coca-Cola this year, but like Bud Light pointed out early on…”everybody loves Paul Rudd.” Believe it or not, I thought this pop commercial was better than any of the Batman v. Superman trailers and teasers we’ve gotten so far.

You can’t go wrong with puppies, and Heinz nailed it. If I had a Top 3, this is certainly in there.

“Give A Damn” Budweiser

Budweiser didn’t give their Clydesdales much air time in their previous ad (which was really dumb in its own right. Why waste money ripping craft beer when your company acquires those same brewers right and left?) However, Helen Mirren made up for all of that and then some giving a very necessary message with the right platform. Don’t drink and drive, dumbasses.

Two things make this commercial awesome, to me at least. 1. The Sobotka family from season 2 of The Wire (Chris Bauer, James Ransone and Pablo Schreiber) 2. in a Chicago “Blues Brothers”-like chase scene. They almost made driving a Prius look cool.

“Someone To Love” Honda

Queen in any ad works. Sheep singing one of their better ensemble songs and a “voice over” works even better. Also in my Top 3.

How could you not love Christopher Walken…”Punch it, Richard!” killed me in my recliner.

I hope Snickers never runs out of ideas on this campaign. Betty White playing football and Abe Vigoda (*skypoint*) getting decked a few years ago, Danny Trejo as Marsha Brady…Willem Dafoe isn’t quite on Christopher Walken’s, but he’s one of the best angry actors to ever put a dress on. I’ll stand by that hyperbole.

I woke up from a bad dream this morning, around 3:30 AM. I checked my phone, opened Facebook to get my mind off whatever scared me and caught this from WXRT Chicago DJ Jason Thomas.

What does that mean?!

Was the new stuff bad? Did something happen? Then I open Twitter and it’s there in front of my face. The man whose music hit me in a way when I was younger, that forced me to explore and find more like it.

I thought my nightmare was still going, that I was stuck in the weird place between being conscious and unconscious. Nope. Wide awake. I shared it with the person who I connected with the most on things like this, without any regard for the time…then eventually fell asleep with the Ziggy Stardust riff in my head. It’s still there.

Instead of writing a long and exhausting tribute, which I totally could, I want to just update this page with thoughts, memories, moments, trivia and links that I come across throughout the day…to share with fans who feel the same way.

This page will be updated throughout the day, so feel free to keep checking back.

The transformative GIF that you’ll see across the internet all day. Coincidentally saw it make the rounds all last week as well.

David Bowie on Dick Cavett in 1974, with a young Luther Vandross singing backup.

93XRT and morning host Lin Brehmer hit the right spots with Bowie music and interviews all morning. I imagine it will be great to hear all day, so tune in here.

A tribute concert that was already planned at Carnegie Hall will now be a memorial. March 31st, featuring The Roots, Cyndi Lauper, Ann Wilson, Perry Farrell and Jakob Dylan.

We remember @DavidBowieReal who made his Carnegie Hall debut on September 28, 1972: https://t.co/DWqeFmxr2N pic.twitter.com/HWiZgdxyBF

MESSAGE FROM IGGY: "David’s friendship was the light of my life. I never met such a brilliant person. He was the best there is. - Iggy Pop"

Bowie was an innovator, a unique artist with a vision that changed the face of popular music. He is greatly missed. pic.twitter.com/bfBXfItDMa

An excerpt from a 2012 Rolling Stone cover story on Bowie regarding Page.

Queens of the Stone Age

See you in Valhalla Black Star

"This is our last dance…" https://t.co/RoBTZtePoz #Bowie 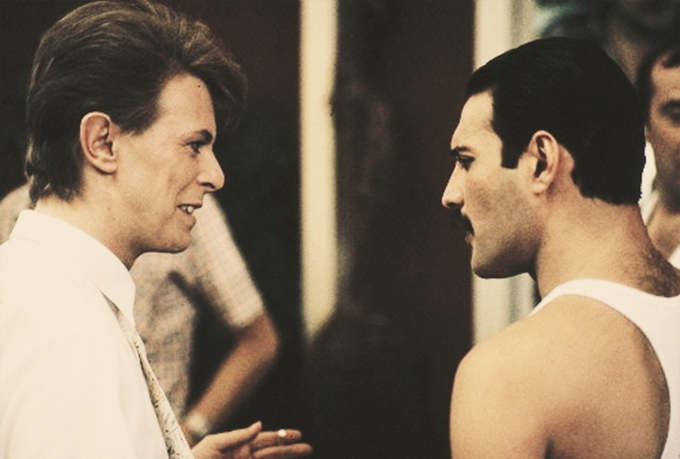 "If ur evr sad, jst remembr the world is 4.5billn yrs old & u somehow managed 2exist at the same time as DavidBowie" pic.twitter.com/TX8rVcjyXY

Laura Jane Grace, Against Me!

I'd argue that punk rock owes nearly everything to Bowie…"Ziggy played for time, jiving us that we were voodoo. The kids were just CRASS!"

Michael C. Hall from Dexter is starring in “Lazarus”, based on the music from Bowie’s latest album. He performed the new single on Colbert.

Where their relationship began…

…and what it led to.

“Bowie was a step ahead of Cool.” – Kristen Schaal

This was written by @caitlinmoran about Bowie. pic.twitter.com/JbAxQLeA51

David Bowie, a Creative Musical Genius. With Respect, "Words Can Never Say It" In Heaven with Mick Ronson. pic.twitter.com/0ih3dVBEmB

Over here on E Street, we’re feeling the great loss of David Bowie. David was a visionary artist and an early supporter of our music.

Bowie on the first time he saw Springsteen perform…

What a honor, what a soul. David Bowie, Spirit of Gold. RIP.

Bowie was inspired by Kendrick when recording his latest album.

I feel like the wind has been knocked out of me – I was not ready for this. RIP Bowie.

can't believe it. we will forever be inspired by/love u, bowie 💙 pic.twitter.com/oXMq6HuhWY

Good-bye, David Bowie. You are now among #Heroes. Thank you for helping to bring down the #wall. https://t.co/soaOUWiyVl #RIPDavidBowie

Check back for more throughout the day! Pass any thoughts and memories of your own to either Facebook or Twitter.

I don’t know about you, but I am just basking in the glory that is Star Wars Week worldwide. I’ll be seeing Episode VII: The Force Awakens on Thursday and drinking galactic themed drinks at a bar that’s turning itself into the Mos Eisley Cantina from A New Hope. Yep, I have no shame in my Star Wars geekdom.

Even Spotify is getting in on the game, matching users with Star Wars characters by their taste in music. I’m not totally thrilled being Anakin, but I do love me plenty of punk rock.

I dig the lightsaber on the bottom, not so much the new Fall Out Boy they included.

Since it all finally set in that this movie is happening and I’m actually going to see it (so since Saturday night), I’ve been surfing Spotify for Star Wars appropriate music. Not just the epic John Williams masterpieces, but songs about space and intergalactic awesomeness. So why not put it all into one easily accessible playlist that my friends and likeminded individuals to enjoy?

Album: The Rise And Fall Of Ziggy Stardust And The Spiders From Mars, 1972

Album: Automatic For The People, 1992

Anymore songs that come to mind, send them to me on Facebook or Twitter to be added to the playlist!