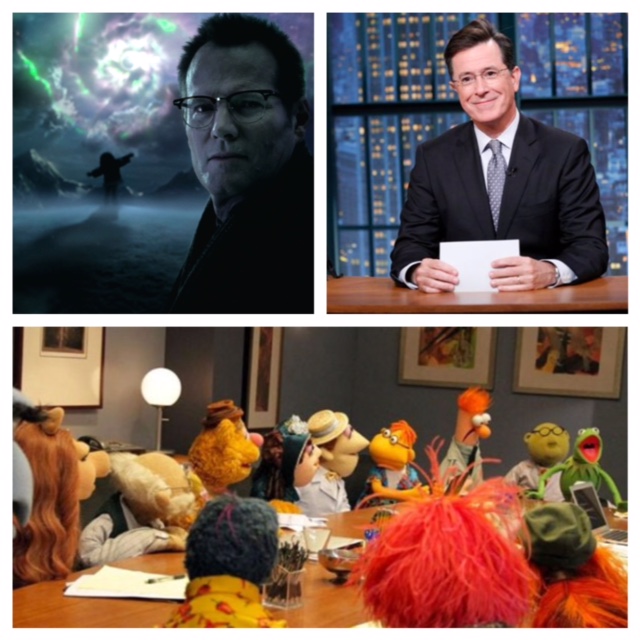 Fall TV is coming. While you still have to wait another month for big premieres like Homeland, The Walking Dead, American Horror Story, and Fargo…

…but September is no slouch for new Television. After this week, CBS will be leading off big for Late Night TV lovers and it only gets better from there.

The table is set for Stephen Colbert, who takes over for Davide Letterman at The Late Show. The Tuesday premiere schedule is pretty thin as is, and all eyes will be on Colbert to see how he transitions from his Comedy Central character and takes on the likes of Conan O’Brien, Jimmy Fallon and Jimmy Kimmel in that time slot.

For me, it’s a breath of fresh air after the disappointing showing so far from Colbert’s new CBS teammate, James Corden. I wasn’t expecting the spastic preteen pandering that Corden’s Late Late Show was going to bring. It’s a long “ughhhh” when you go from Craig Ferguson and his “Don’t give a shit” brand of comedy to…sing-a-longs with Justin Bieber.

Here’s the slate of guests to look forward to with Colbert when the new Late Show kicks off.

The 7th season of The League will be it’s last. It’s a show about a Fantasy Football league that only sorta talks about Fantasy Football, which is fine. Every few episodes have their NFL cameos that include Matt Forte, Darren Sproles, JJ Watt, Marshawn Lynch, Jay Cutler, and the “Cameron Jordan & Jordan Cameron” combo that never gets old.

I’ll be honest, I have only watched the show as a Netflix binge watch ever since their move to FXX. It’s a ridiculously quick watch that way. For the final season though, it’ll be worth the effort week-to-week. A lot of familiar faces will be reprising their roles like Rob Riggle, Will Forte, Zach Woods, Ike Barinholtz, Leslie Bibb…and Marshawn Lynch. And don’t forget all the near decade long running jokes between Mark Duplass, Nick Kroll, Jon Lajoie, Stephen Rannazzisi, Paul Sheer and Katie Aselton and their quest for THE SHIVA!

Originally on A&E, Longmire is an excellent fix for fans of both Justified and Hell On Wheels. It’s a modern serial western about a Wyoming county sheriff solving gruesome crimes in both his jurisdiction and the neighboring Cheyenne reservation. Robert Taylor didn’t have much notoriety before playing Walt Longmire, but it seems like the role he was meant to play. Along with Battlestar Galactica and 24 alum Katee Sackhoff, Lou Diamond Phillips takes viewers back to his Young Guns days as Walt’s badass Native American sidekick.

If you’re having Emily Mortimer withdrawal since The Newsroom went off the air, this may be your fix. This 6 episode sitcom follows the actress and her best friend/assistant Dolly Wells around during their adventures in Hollywood and Broadway. It’s cheeky…Did I use that correctly?

Kurt Sutter’s followup to FX’s highest rated show, Sons of Anarchy, is medieval in every way possible. It’s Game of Thrones with more historical relevance, as it takes place during King Edward III’s reign. Lee Jones has some Chris Hemsworth/Thor to him playing the protagonist Wilkin Brattle. True Blood fans will enjoy Vampire Bill aka Stephen Moyer back in a period piece in a co-starring role. Longtime Sutter enthusiasts will recognize plenty of familiar faces from his SOA and  The Shield  runs, including Katey Sagal and Timothy V. Murphy.

THIS IS SEASON 19!!! Trey Parker and Matt Stone truly have it made, as they have been renewed through 25 seasons with Comedy Central. It’s fun to speculate which pop culture and political news, issues and events will be parodied in the upcoming season…I’ll throw down some bets for Donald Trump, Star Wars, and Deflategate (they love their football and their Denver Broncos).

I have to confess…I’ve never seen an episode of Doctor Who (*ducks*). I guess it’s never too late to start, right? 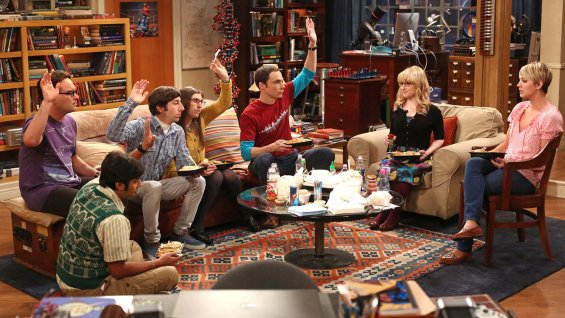 Gotham: Rise of the Villains (FOX)

I’m not sure if anyone really loved Gotham’s Season 1. Whether it was the campiness of the show or the inconsistent schedule that made you forget it was still on-air…Regardless, all the Batman bad guys you saw in S1 are back for S2…and they are angry.

I understand that Grey’s Anatomy, Scandal, and How To Get Away With Murder  all return that evening, but Heroes is all that matters to me…and many.

By the end of the month, we’ll be comfortable with the new Late Show hosted by Daily Show alum Stephen Colbert…and we’ll finally get to know Trevor Noah better as he heads the post-Jon Stewart era.

What TV shows are you looking forward to most this Fall? Let me know on Facebook and Twitter.