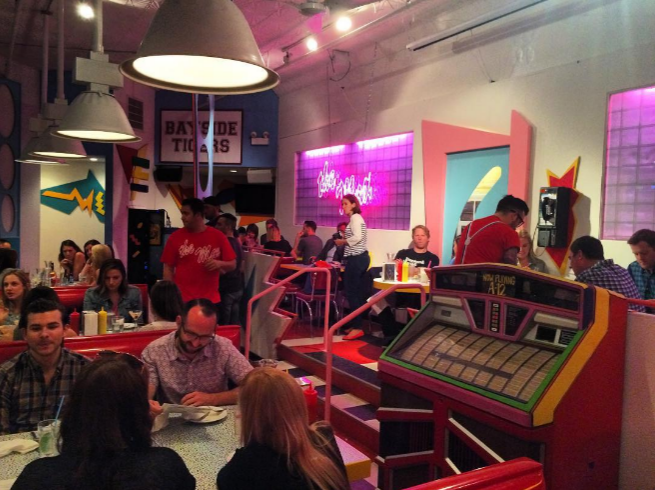 Despite missing out when the initial dinner tickets went on sale nearly 2 months ago, a good friend invited me to checkout the Saved By The Bell pop-up cafe in Wicker Park. With a 7:30 PM reservation, we arrived early enough to grab a beer at Piece, just a few doors down, while a line of walk-ups stretched down North Avenue toward the Milwaukee intersection. It feels cruel yet cool when you can pass the whole line to make your reservation. 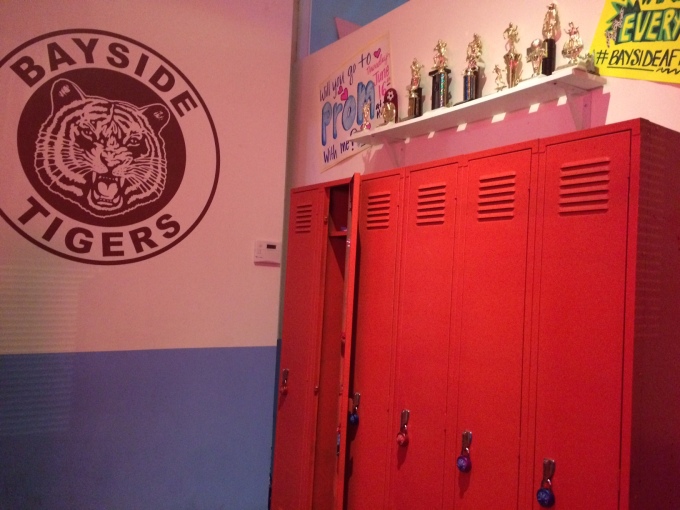 It eerily gives you similar excitement and anxious intrigue as Wonka’s boat ride. Okay, that might be extreme but that’s what I felt walking 20 feet and unsure of what I’ll see around the corner…

…then the relief that followed.

Still waiting on Kelly Kapowski but I love this joint.

It’s not big by any means, but it’s very comfortable inside. That is probably thanks to the reservation system To the left, around the corner of the host’s station, there is a bar surrounded by stools and a few hightop tables. You’ll notice at times that there are some empty barstools and it was explained to us that the staff will try to be as accommodating as possible for single walkups or parties of 2 to fill them up.

When seated at our booth, we were given separate drink and a dinner menus to skim over. 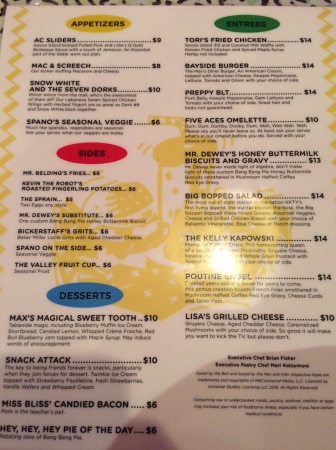 Our server, Amy, gave us great recommendations off both menus. Starting with the “Mark Paul 75”…

I’m not sure if the kids at Bayside ever drank out of a martini glass this fancy on the show, but I highly doubt that Kelly would mind it.

Included with your $45 reservation ticket, you got an appetizer, entree and desert with your meal. The drinks and sides aren’t included, but that’s really okay. Going in a party of 2 or more allows you to pick and try multiple dishes from Chef Brian Fisher, formerly of Michelin-starred restaurant, Schwa.

When asked about my thoughts on the experience, I have to lead off by gushing over how good the food was. Crediting Chef Brian’s menu and Amy’s recommendations, I’ll just share my selections.

It’s hard not to get the sliders based on the name alone, but they truly are an excellent choice. The pork is tender, the sauce is delicious and the pickle compliments it all perfectly.

The wings were a nice surprise. We anticipated them to be a little spicy but it’s sweeter than you’d expect. The “Mac and Screech” would have been another choice that made me wish we had one more person to sample with. 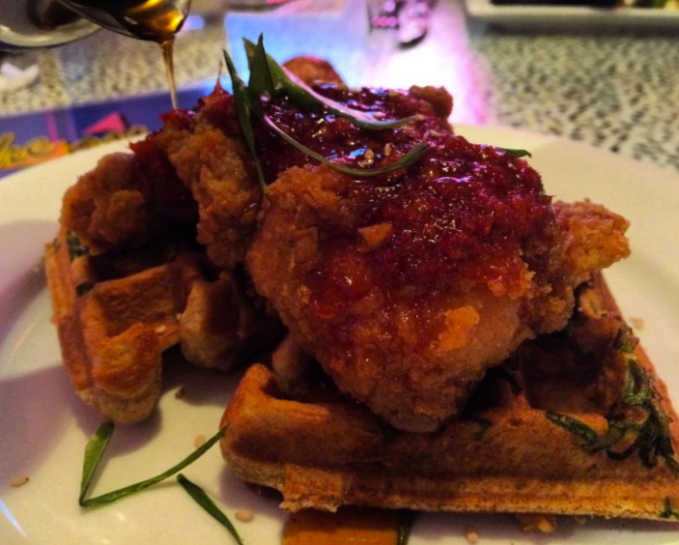 Have you ever placed an order and felt like “I JUST WON AT ORDERING DINNER” after eating it? That’s exactly how I felt here. The sweet syrup combined with the spicy sauce, plus fried chicken and waffles in between, is a mouth experience that deserves an “achievement unlocked” immediately after.

We were warned before checking out the menu that the kitchen was out of biscuits. I don’t know if it from was reading the description for “Mr. Dewey’s Honey Buttermilk Biscuits and Gravy” or being told we couldn’t have them, but that’s something I’d really like to go back for. Great palate cleanser. I can’t say that I knew what Twinkie ice cream was beforehand, but I do occasionally crave it since trying it. Where you at, Ben & Jerry’s?!

Since I know you’re wondering, this is the only reference you need from the cafe’s bathroom…

The food, the service and the atmosphere were all excellent. I would love to go back again sometime this summer to find out what #BaysideAfterDark is all about. Here is a whole schedule of events from now until the end of June, starting at 11 PM. “Late Nights” appear to be available for walkups only too. For times, press and contact info, checkout the Saved By The Max website.