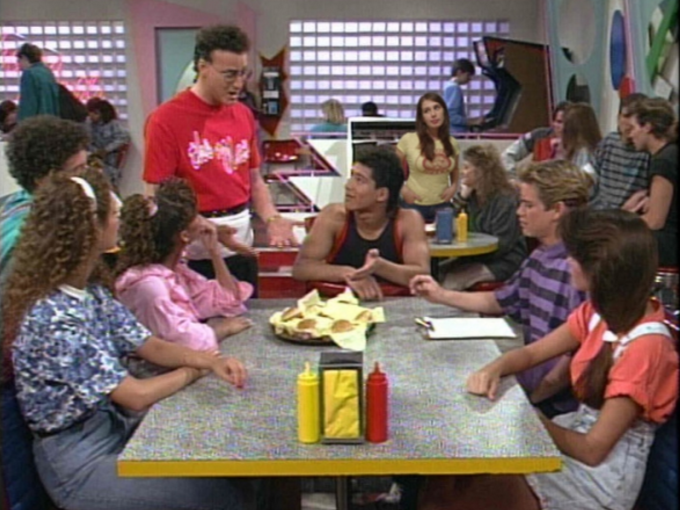 Many Bayside fans have waited for the details on the Saved By The Bell pop-up restaurant, that was reportedly coming to Chicago this summer. They are finally here, thanks to actor Ed Alonzo…who played Max.

The “Saved By The Max” Pop Up diner will be taking over SFCO in Wicker Park (formerly Geek Bar) at 1941 W. North Avenue, Chicago starting June 1st. The pop-up will last a month long before it turns back into a pumpkin, err, geek bar. Reservations can be made on the SavedByTheMax website starting this Friday, April 22nd, at 11:00 PM CT. There will be 80 seats available inside, so I plan on making my reservation and asking someone to go with after.

The menu at the pop-up will feature references to episodes and characters from the show, but also “chef-driven fare”. Weekday dinner and weekend brunch services will be offered, as well as a late-night menu that will be available till 2 AM on most days and 3 AM on Saturdays.

Get excited because info on special episode-themed events and schedule are still to be announced. Until then, get ready to make plans and prepare your Slater Dance moves.