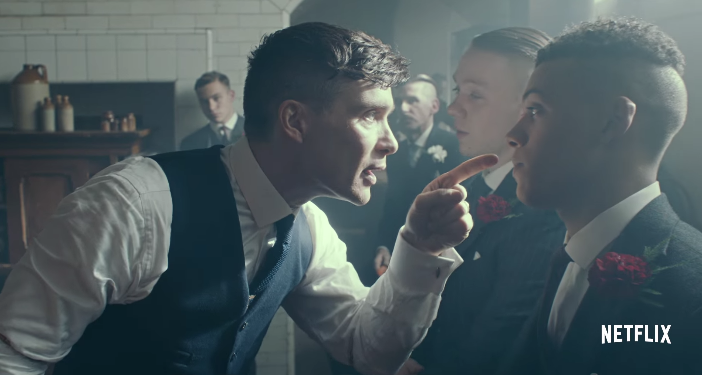 The “tall handsome man” raises his “red right hand” again, as Cillian Murphy and company return to Netflix at the very end of May.

Peaky Blinders season 3 premiered in the UK on the BBC May 5th, but all 6 episodes will be made available for streaming on Netflix, May 31. Taking place in 1920s Birmingham, England, The Shelby family find themselves in the middle of an international arms deal that can change history. Per usual, Thomas, played by Murphy, seems to be doing all he can to keep everything above water, while shedding plenty of blood at the same time.

You can stream the first two seasons on Netflix now, and will likely get through them within the weekend. The show is dark, fast-paced, visually cool and the accompanying rock music takes you back to the old Guy Ritchie films like Lock, Stock and Two Smoking Barrels and Snatch. It’s the first show on Netflix I recommend to friends when they ask for something new to watch.