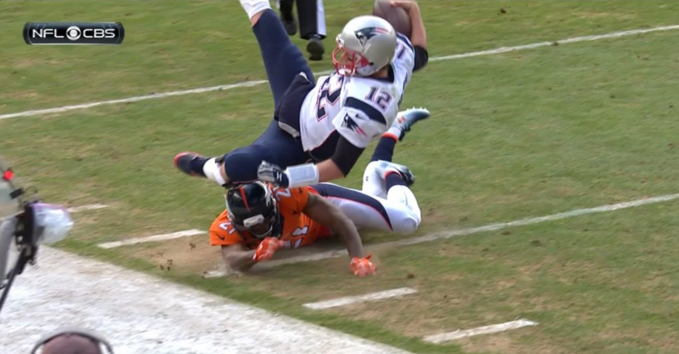 The AFC Championship has been relatively one-sided so far for Manning vs. Brady 17.

The Denver Broncos lead the New England Patriots 17-9 at halftime. Peyton Manning is 10/20 passing with 128 yards and 2 touchdowns to Owen Daniels. Tom Brady’s day has been less than stellar throwing 8/20, 87 yards and 2 interceptions.

Meanwhile, the Denver Police Department is having some fun at the Patriots O’s expense on Twitter.

Too early? I hope not…They may not like what they find.