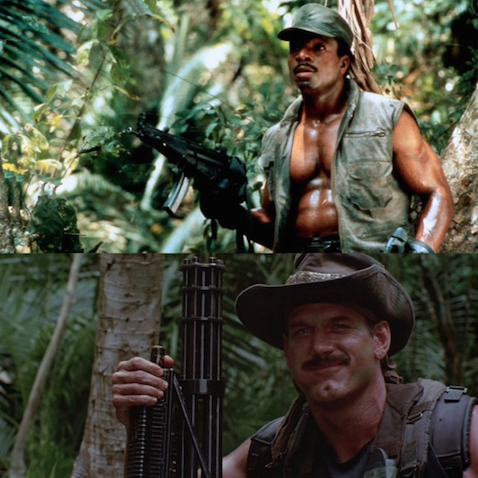 Today we go to a film that oozes with testosterone, muscles…and some fine mustache game.

There are stories about about Carl Weathers and Jesse Ventura sizing each other up on the set of Predator along with Arnold Schwarzenegger, trying to see whose biceps were bigger.

(Who would’ve thunk two governors would be elected from this movie?)

While neither made it out of the film alive, it’s finally time to settle the score between Apollo Creed and “The Body”!

Whose stache is best for Movember? 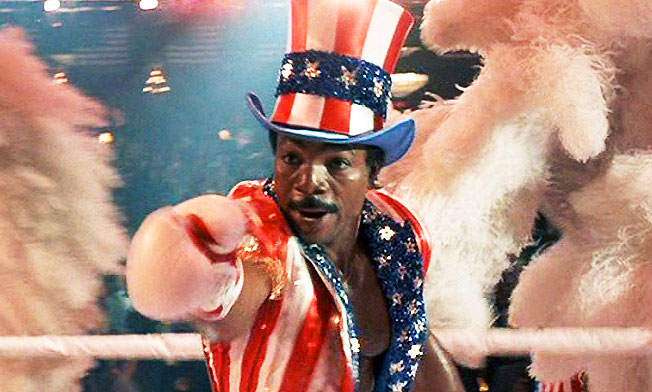