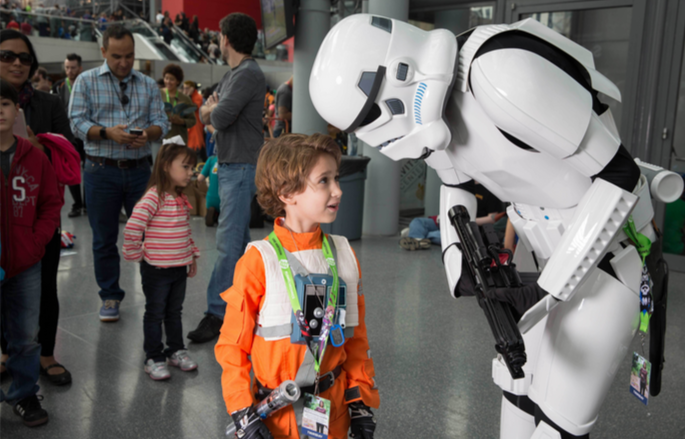 Coming off of New York’s Comic Con Week, and with it being the middle of October already, there’s no better time than now to begin planning your Halloween costume. Although all ideas kinda suck now after seeing the guy who built his own 9.5 foot Iron Man “Hulkbuster” suit at NYCC… 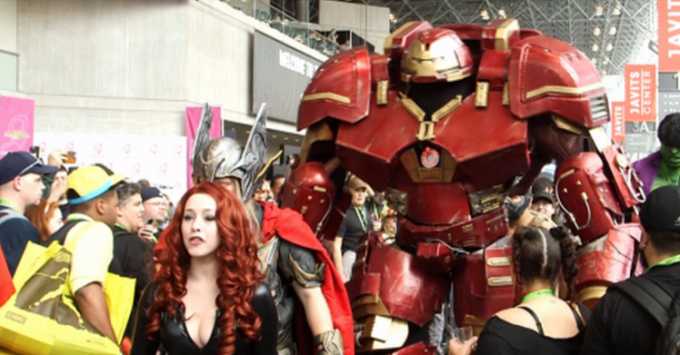 My own personal Halloween costume history is exactly why I needed a list like this. I haven’t dressed up in 3 years. The last time I did, I was Deputy Marshall Raylan Givens from Justified on FX…and nobody got it. My attempt at Mad TV’s “Drunk Kenny Rogers” in college was a valiant effort, but I could use something relevant and awesome this year for much needed ice-breakers.

For my own benefit, and likely yours, let’s take a look at the movies this year that offer the BEST costume ideas for October 31st.

If you follow this site, then you know that we’ve talked A LOT about Fury Road this year. One of the best films of 2015, a fun way to compare pro athletes, and an EASY resource for costume ideas. We thank the beautiful twisted mind of George Miller for making these possible. 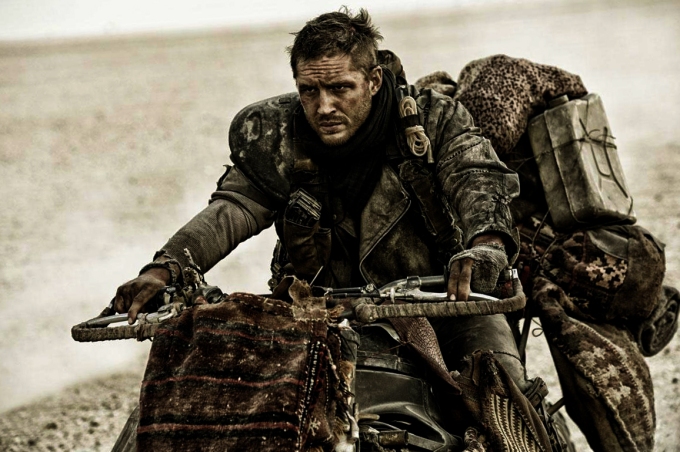 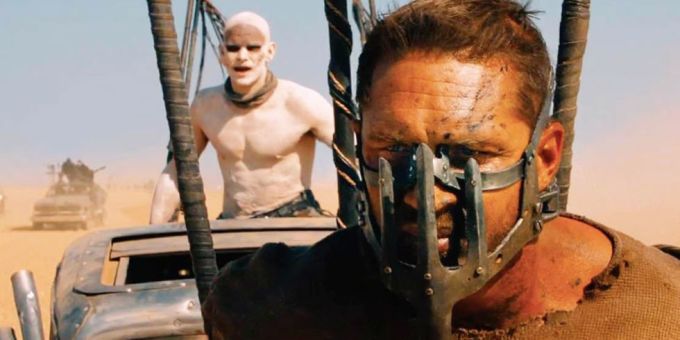 Very obvious choice and not a shabby one at that. You could go with the updated Tom Hardy uniform featuring the classic football right shoulder pad, a sweet military-esque jacket with a dirtied up thermal. Or you can go “Blood Bag Max” with his prisoner mask and chain trailing behind you. 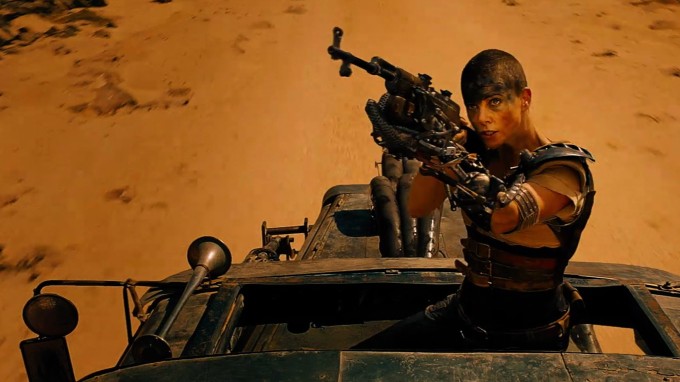 Charlize Theron rocked it as Furiosa and so can you if you’re willing to buzz your hair. If you choose to, you get my full support and can blame me for it if you get any flack.

You can either assemble your super pale crew, take your shirts off, and CHROME UP

…or be the scariest looking person at your party. I doubt you’ll regret either choice.

Bonus points if you can pull this off, flames and all. 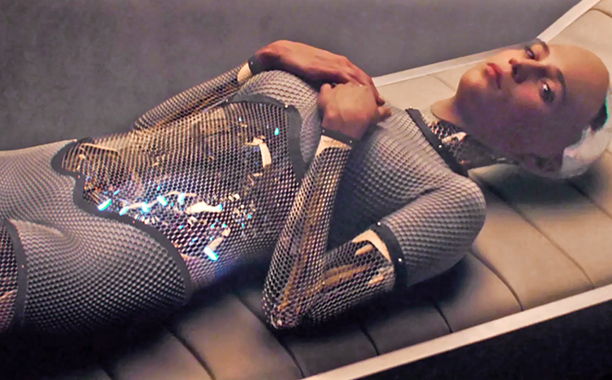 This costume would take some creativity, but I would dub you the winner of your costume party if you could pull it off. Ex Machina was an early candidate for one of the best films of the year, incredibly suspenseful, and Alicia Vikander became my newest Hollywood crush thanks to her performance as Ava and again in Man From UNCLE.

Dressing up as any of the Avengers (Hulk, Captain America, Thor, Iron Man, Black Widow, Hawkeye) will be relevant every year, especially going forward as the heroes continue to mesh in the Marvel Cinematic Universe. You’ll be getting ahead of game if you can dress as Cap or Tony Stark facing off for Civil War. Highly recommended for any “group” costume.

If the “Hulkbuster” costume is possible (from the top of the post), then so is Ultron. Bonus points if you can pull off the red lights for eyes and James Spader voice of evil. 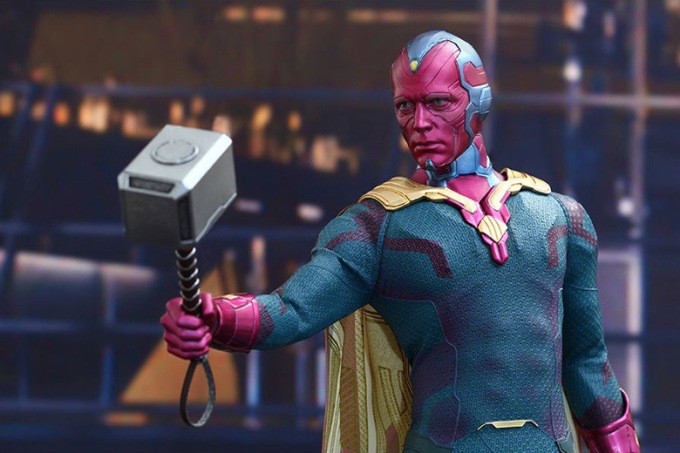 Wanna steal the show this Halloween? Do like Paul Bettany and be The Vision. Is it me, or was Vision the ultimate one-upper in Age of Ultron?

Marvel surprised several doubters who didn’t think Ant-Man would work in a stand alone film. Paul Rudd, Michael Pena and some hilarious writing set the film apart from the other Marvel installments. Commemorate their achievement and throw on the Ant-Man suit, while also preparing for his appearance in the upcoming Civil War. 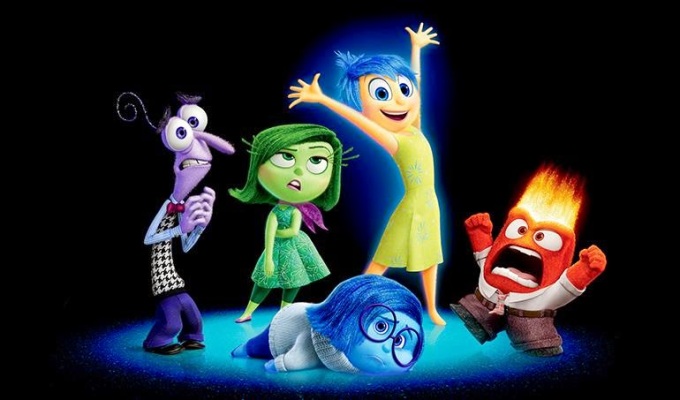 I’ve been very vocal with my disappointment in Jurassic World, HOWEVER…

Imagine someone dressed as Chris Pratt’s character with a whole gang of stuffed raptors attached to them. Or you can dress as raptors with the rest of your friends. Simply…raptor squad!!! 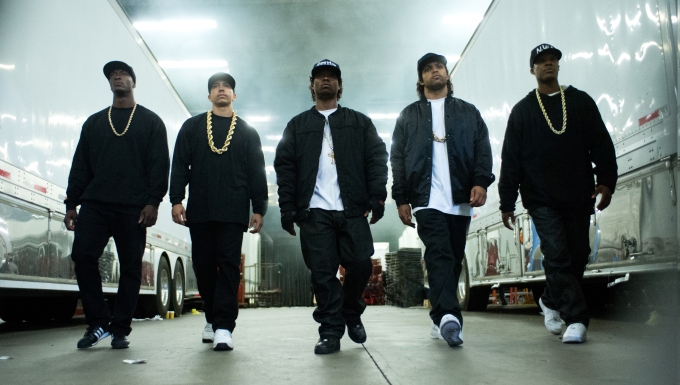 90’s hip hop seems to be making a huge comeback with today’s culture, and I love it. Any group willing to rock the chains, flat billed hats, white sneakers and curls at a Halloween party would be on a different level of badassery. 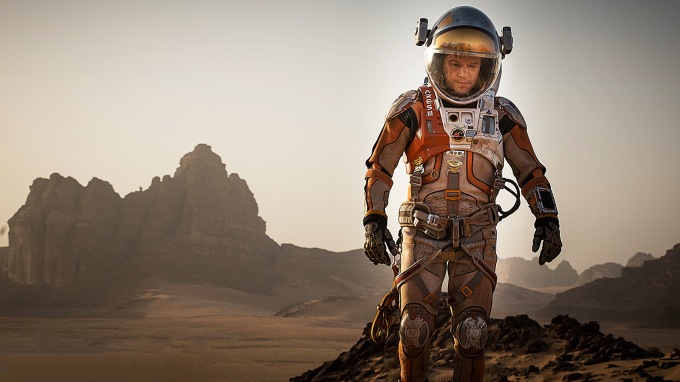 My biggest takeaway after seeing The Martian was “Damn, Astronauts are cool again!” The suit may get warm, the helmet could be a little bit of a nuisance, but your space related pick-up lines would be EPIC!

Note: All the ones I found on Google had to do with Uranus. So please Tweet me some better ones. 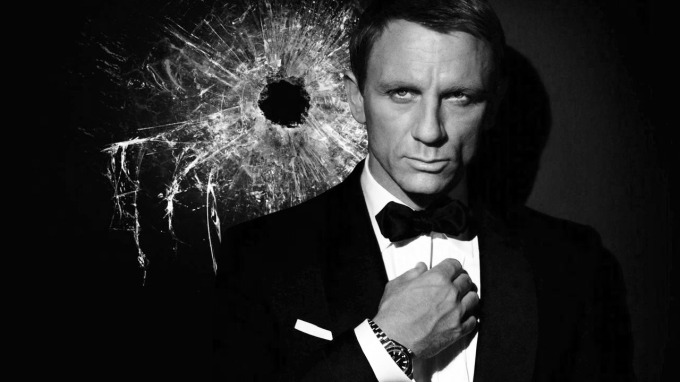 I think it’s ALWAYS acceptable to SUIT UP like James Bond, but if you’re someone who needs an excuse…SPECTRE HITS THEATERS IN A FEW WEEKS! If you couldn’t tell, I’m a little excited.

The End of the Tour 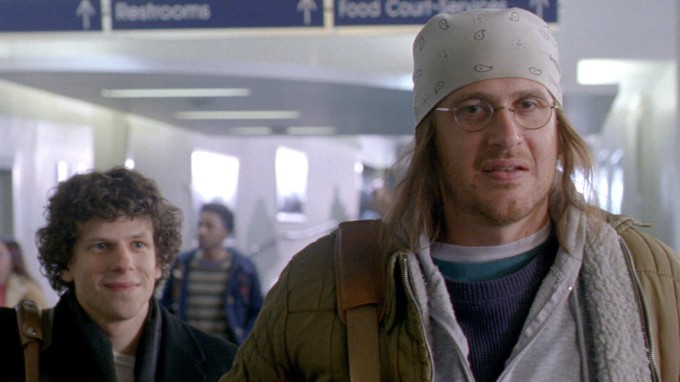 Perhaps not something that many would get if you felt compelled to throw on a bandana, a pair of glasses, avoid shaving for a few days, and go 90’s grunge with your getup. I, however, would greatly appreciate anyone who enjoyed Jason Segel’s performance as David Foster Wallace as much as I did and decided to go out as the excellent writer on Halloween. 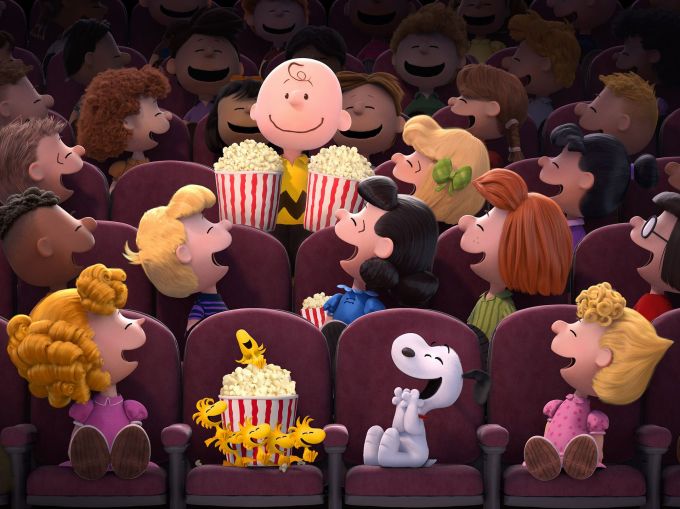 If there was ever a time for you and your friends to dress up as Charlie Brown, Lucy, Linus, Snoopy and company, this Halloween would be as good as any. The Peanuts Movie will be out the next weekend and you’ll probably have The Great Pumpkin special on ABC recording on your DVR anyway.

Clearly the most anticipated film in years is around the corner, and we’re all dusting off our lightsabers from our formative years. I can’t wait to see this year’s crop of costumes representing both older characters and new! 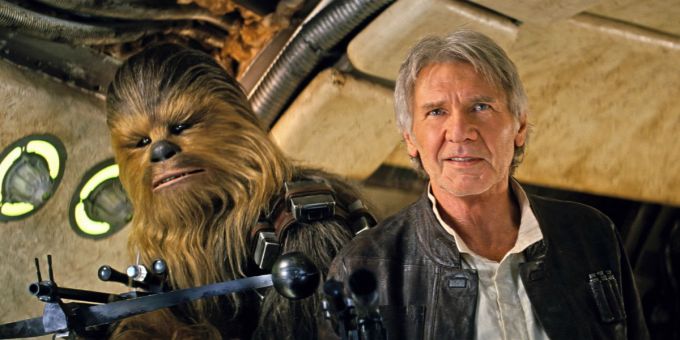 Amazing how Chewie hasn’t aged a day, isn’t it? If you plan on going out as this dynamic duo, please have a decent Wookie call. If you don’t, then don’t bother. 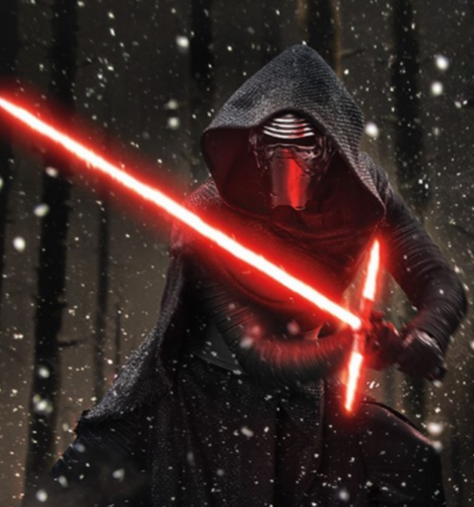 Just like you and I, Rylo Ken is a HUGE Fanboy/Fangirl for Darth Vader. Who doesn’t want to see a broadsword lightsaber fight in the middle of their Halloween party? 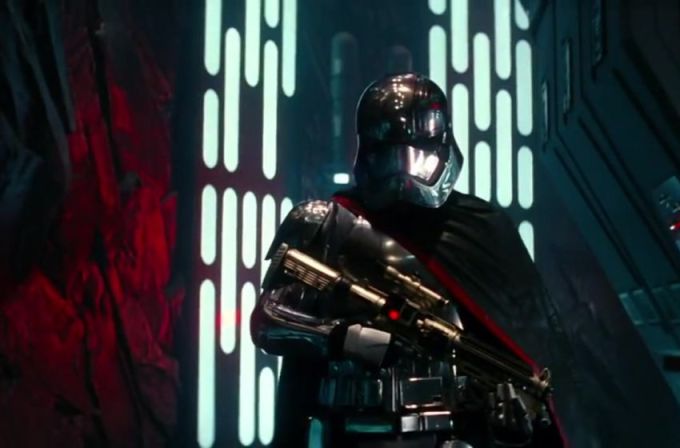 Get ahead of the game and get well acquainted with the next “Boba Fett” type character for the Star Wars franchise. Captain Phasma, played by Gwendoline Christie (aka Brienne of Tarth from Game of Thrones), only gets glimpses during in the trailers we’ve seen, but JJ Abrams can’t help but rave about the new Star Wars baddie. 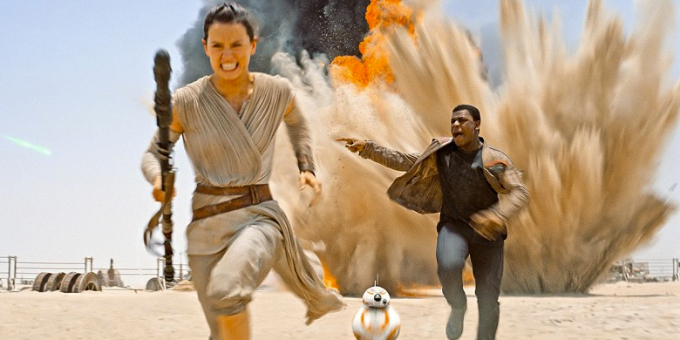 Meet “The Resistance”. It’s not totally clear what their backgrounds are, but Rey and Finn will likely be getting lightsabers and possibly their own “couple” hashtag after the first screening of Episode VII. Be careful with that “couple talk” though…You never know where story arcs will go with Star Wars characters. 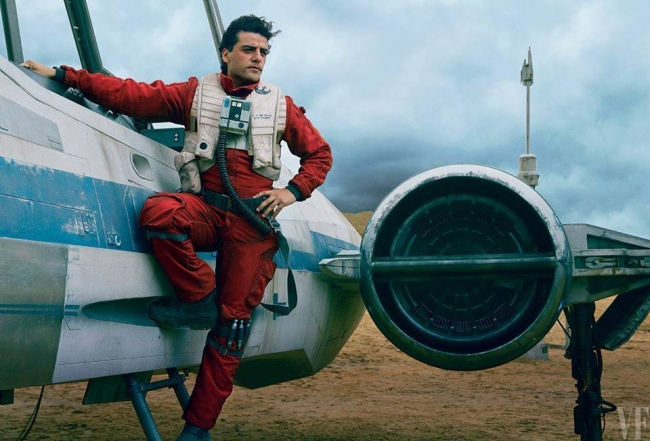 Oscar Isaac’s new character has a Han Solo shine to him but more importantly, YOU GET TO DRESS UP AS AN X-WING FIGHTER!