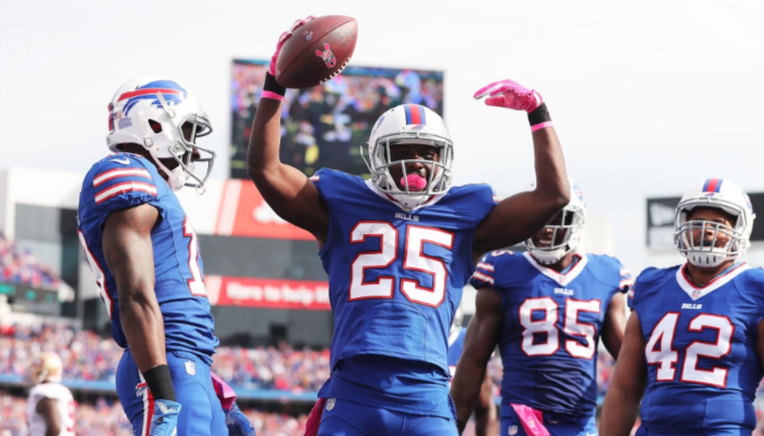 Can we talk about LeSean McCoy for a minute?

McCoy is 150 yards from scrimmage away from surpassing both Shaun Alexander and Marshawn Lynch for 39th on the all-time list. Among backs with 10,000 career yards total, McCoy ranks 7th all-time with 4.7 yards per carry. When many (me included) thought he was close to being done, he proved to us that he is still an elite back in the league after scoring 7 touchdowns this season(2nd in the NFL).

He is set to face a Miami defense that is allowing the 4th most rush yards to opposing RBs. He left practice early this week with hamstring tightness and should be worth monitoring before kickoff though. If healthy, McCoy will be a great play this week. If not, be ready to pick up Mike Gillislee.

It’s never comfortable to play someone on Thursday Night, but Cameron Meredith is legitimate play this week against a Packers defense that is missing its TOP 3 defensive backs. He ranks 3rd in receiving yards and 1st in receptions over the last 2 weeks. Meredith is also a favorite of Brian Hoyers when in the red zone. While I DO believe in Kenny Britt, you have to play Meredith.

If Jordan Reed sits, you should go with Vernon Davis. If he doesn’t, Charles Clay is your next best play against a Dolphins defense that has allowed touchdowns to tight ends in 2 of their last 4 games.

TE: Anyone who had Coby Fleener a week ago (*raises hand*) finally got to unleash the power of an athletic tight end in Sean Payton’s system. This week, however, I would recommend going with Kyle Rudolph. He is second among TEs in touchdowns and is averaging 7.4 targets per game. He is also getting 40% of the Vikings red zone targets and it’s hard to pass on that consistency.

WR: Demaryius Targaryen and Brandin ‘Too Many’ Cooks’

WR: I feel bad about this because I do really like Kenny Britt going forward, but Julian Edelman is healthier and on the Tom Brady Revenge tour. If it doesn’t all come together this weekend against a Steeler’s defense that will be too busy with the tight ends, then bench him.

DEF: Seattle is the better defense but I like Cincinnati’s matchup WAY MORE.