“So Far” because The Hateful Eight, The Revenant, Joy and Carol have yet to hit theaters. Once I get those in, I’ll have an updated final list.

“Part II” because I published a list at the end of the summer. Just 4 movies from my original Top 10 are still there and 2 don’t even crack the Top 20.

With just a little more than a week left in the year, here are “The Best…so far.”

It was a strong year for blockbuster franchises. There are two more represented further down this list. The Mission Impossible series seems to get better as time goes on and fortunately for them, Rogue Nation hit theaters before Spectre did with a similar plot and much better execution. 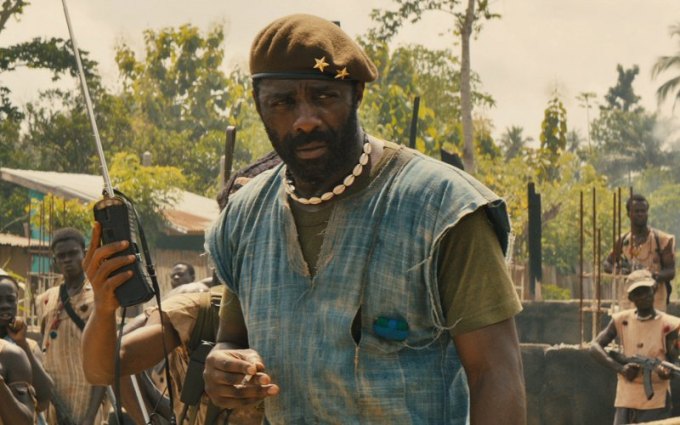 Idris Elba seems to show us in everything he does that he is one of the best actors of our time, and this Netflix Original film gets him closer to the acclaim he properly deserves. Beasts of No Nation is also a milestone for Netflix that shows they should be taken seriously as a film studio and not just for television…Just try to avoid the string of unfortunate Adam Sandler flicks they will be putting out for a while.

Creed is a very good sports movie. It reminded me a lot of the first Rocky film. I love how they filmed the fights and Sylvester Stallone deserves every “best supporting actor” nomination he gets. We’re reminded how great an actor he is, and how awesome a character Rocky Balboa is in this film. Michael B. Jordan is certainly in store for big things and this film is a clear sign of that. I just wished they held back on the cheese factor of a certain training scene and that his “big opponent” was a much more memorable character.

The more I think about The Big Short, the more I think I liked it. Christian Bale, Steve Carell and Ryan Gosling are all awesome in the film and it’s incredibly smart. Hamish Linklater is also to be an excellent complement, similar to his role in The Crazy Ones with Robin Williams. The constant explaining of every economic term (which might have been necessary) gets distracting and the comedic approach takes away some of the necessary emotional investment. Had I not seen 99 Homes (see further down), I probably would have appreciated this film a lot more while watching it.

The acting in Trumbo is outstanding. The hype was real regarding Bryan Cranston’s performance. Both Helen Mirren and John Goodman play their parts very well. The correlation between how members of the American communist party were treated and some of our society’s current issues today strikes a chord. I just wish I hadn’t seen so many of the big scenes in the trailer already and that the directing was better.

Like The Big Short, 99 Homes takes place during the financial and housing crisis but it’s way much more of a punch to the gut. You get the perspective of people who lost their homes from the crisis, and it’s even more of a thriller because you have no idea how these people will react to those who have to break the news to them. Michael Shannon is also as good as anyone in supporting actor categories from this film.

The music, the acting, the “Bye Felicia” scene…

Straight Outta Compton was an awesome biopic and it told a story that I think a lot of younger hip hop fans needed to hear, considering how influential members of NWA really are to the genre. The only reason I don’t have it ranked higher is because it did feel long by the end. 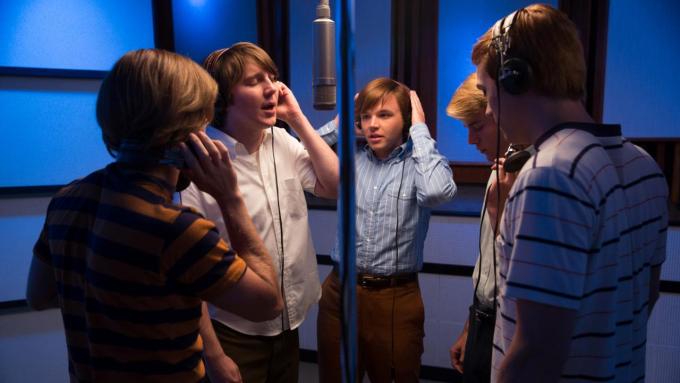 Love and Mercy was another biopic (also with Paul Giamatti as a jerk manager) that I enjoyed, but this one stuck with me a lot longer after. Paul Dano is great as young Brian Wilson and for once John Cusack is a lot less “John Cusack”-ish than he is in most of his roles. Elizabeth Banks also gives one of the more underrated performances in film from this year. If you’re like me, you probably listened to “Pet Sounds” for a week after seeing it.

This was a big year for all 3 stars of Ex Machina. Oscar Isaac continued his path to Pacino-status with his roles in Show Me A Hero and Star Wars, which Domhnall Gleeson also stars in. Alicia Vikander has a good chance of getting both Best Actress and Supporting Oscar nominations for her roles in The Danish Girl and Ex Machina. Her character, Ava, still haunts my dreams as well. It’s an unreal suspense film. 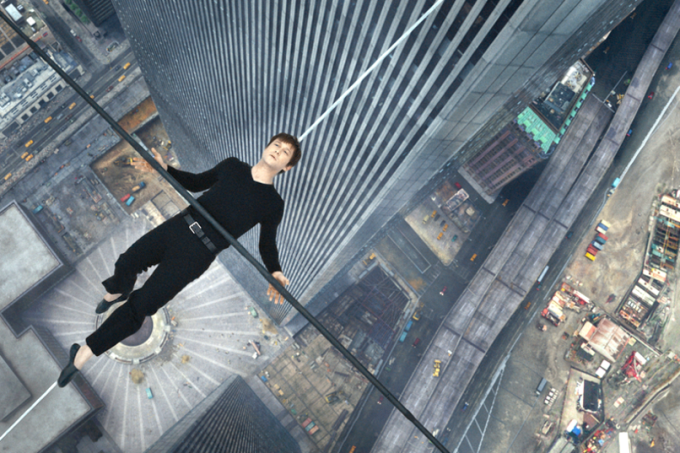 I’m a little disappointed The Walk isn’t getting more chatter during awards season. Obviously I think there are better films, but Robert Zemeckis did a brilliant job utilizing 3D, especially for the climax of the film. Joseph Gordon-Levitt and Ben Kinglsey were both remarkably charming as well.

I’ve said it before, and I’ll say it again…I can’t recall a time where I’ve seen two actors be so natural interacting with each other for a film. That’s all this film is…a long weekend conversation from Bloomington-Normal to Minnesota and back, with honest thoughts and feelings. I’m happy to see Jason Segel is getting some acclaim as well for his portrayal of David Foster Wallace.

Yes, I’m a HUGE Sorkin fan, but I found the approach to this biopic to be incredibly original. It wasn’t your typical “start-to-end” story, but just 3 different periods in time and how each person has evolved in that time. It also helps that everyone involved nails it with their parts, especially Michael Fassbender.

A movie about feelings makes you feel feelings…and even more than the typical Pixar feelings (which is saying a lot, considering the first 3 minutes to Up). It also helps that they casted all the right people for all the right feelings. 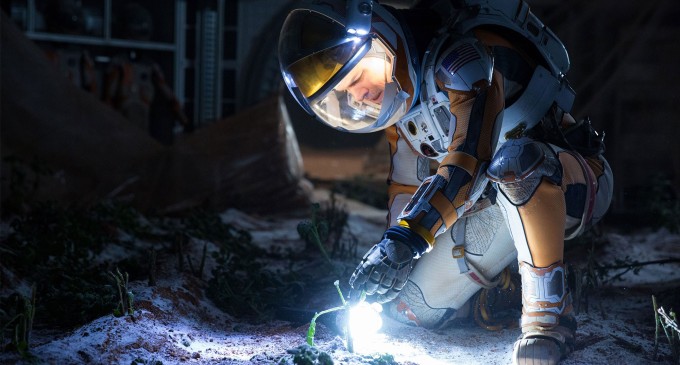 I came across a Facebook friend listing his “Top 10” and he said he hadn’t seen The Martian because “It looked like Castaway in space.” He is very wrong…unless he values Jeff Daniels, Donald Glover, Kristen Wiig, Chiwetel Ejiofor, Sean Bean, Michael Pena, Jessica Chastain, and Kate Mara to all be a volleyball named Wilson.

The Best Actress category at any awards show is Brie Larson’s to lose because of Room. Jacob Tremblay is amazing as well…just be prepared to have your heart strings pulled hard.

Mad Max: Fury Road is a 2 hour long roller coaster of action, explosions, and rock’n’roll. I don’t recall taking a breath between the start and end. The twisted and beautiful mind of George Miller is on full awesome display.

04. Me and Earl and The Dying Girl

I think we all have our personal movies that connect with us in more ways than most and matches our personalities. Me and Earl and The Dying Girl was that movie for me, my favorite from the summer. There’s also something about Nick Offerman as a sociology professor, robe-wearing, cat-obsessed dad that still tickles me funny.

Bridge of Spies is about as good a film as you could ask for from a combination of Steven Spielberg and the Coen Brothers…I was pleasantly surprised to see that the latter wrote the movie once the closing credits rolled. It was all meant for someone like Tom Hanks to lead in. There is one scene toward the end that I found to be as powerful as any in 2015. 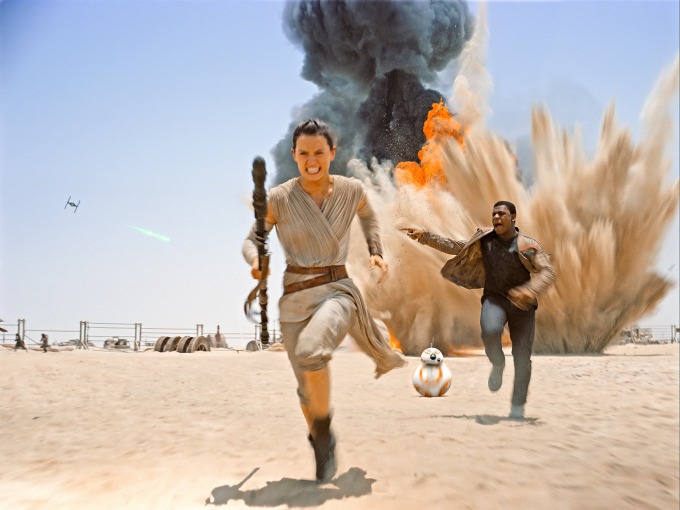 The best way I’ve heard The Force Awakens described is that it hit all the right spots in all the right ways…It really did. Nostalgia and newness brilliantly combined. Fantastic well-timed humor that the past films lacked. If you waited for something to disappoint you, you’d only be disappointed by the fact that you’re still waiting. 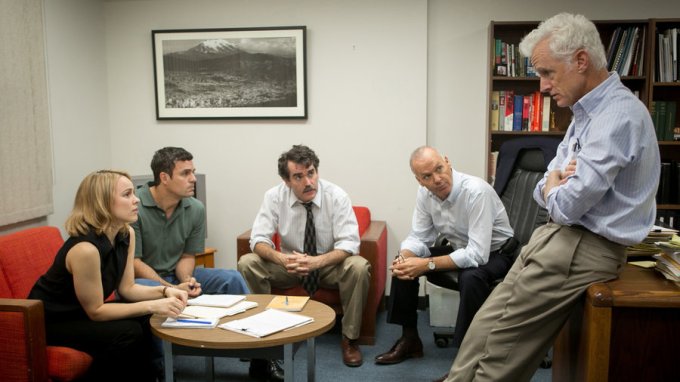 I really don’t think there was a better performance by an ensemble this year. It was refreshing take on a journalism, not over-glorifying the industry but simply presenting how a paper goes about getting a story. All the comparisons to All The President’s Men are warranted. I will also stump hard for Mark Ruffalo getting Best Supporting Actor recognition, even when the category is heavy enough as is.

Stay tuned for the final list after Hateful Eight, The Revenant, Joy and Carol are released. Till then, let me know what your favorite films from 2015 are on Facebook or Twitter.