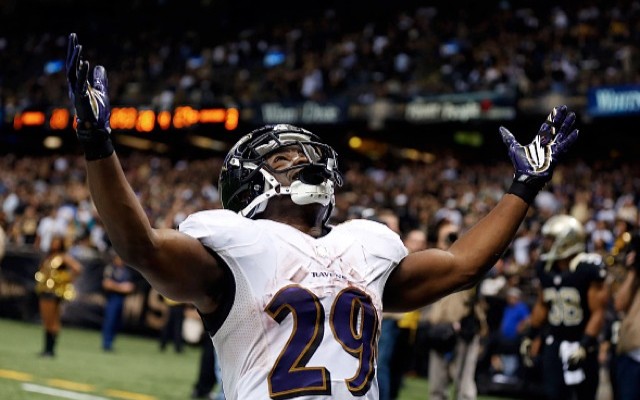 I’m thankful for a lot of things this year.

I’m thankful for #DancingManning and any opportunity I have to use him.

I’m thankful for JJ Watt…for being fun to watch, and for being a good dude.

And my sick running back combo of Eddie Lacy, CJ Anderson and Justin Forsett in Week 12.

Let us know what you’re thankful for by tweeting by tweeting at @Mike_Piff03 with #PiffsGiving.

And now we’re just ONE WEEK away from the playoffs…that is, if you’re in a normal league. Because nobody in their right mind should leave their Fantasy Championship up to Week 17 when players get rested.

And now for something completely different.

Sam Kalmar on Facebook: “Larry Fitzgerald or Kelvin Benjamin?…And in need of a TE (assuming Julius Thomas is out) Ertz, Reed, Paul, anyone?”

Nobody sounds very confident that Larry Fitzgerald is going to go this week, but I would still go with Kelvin Benjamin regardless. We’re already seeing some early seedlings of a wide receiver rivalry between Benjamin and Odell Beckham, and really we’re all better for it. Benjamin ranks 5th in target percentage in the league and he is clear and away Cam Newton’s favorite target around the end zone. Panthers receivers have caught 10 touchdowns this season and Benjamin has accounted for 8 of them. He also faces a Vikings defense that is susceptible to big receivers in red zone situations. Case in point: Brandon Marshall.

Now regarding your TE situation…the word on Julius Thomas is encouraging that he may go this weekend. But obviously you want to have your bases covered. I think out of the 3 you brought up, I like Jordan Reed paired up with Colt McCoy. McCoy’s game is very tight end friendly, but Reed is dealing with some injury issues himself. However if he goes, Reed will be a go-to option when Washington is playing catchup against Andrew Luck…If they are available though, go get either Mychal Rivera from Oakland or Kyle Rudolph from Minnesota. Both have rookie quarterbacks who rely heavily on them in the red zone. I like both better than Jordan Reed.

First off…I don’t want to take anymore questions on Charles Simms while the Bucs have 2 other running backs healthy. They are also bad at using them…Second, Bucy. Your options. Woof! With that said, Jerick McKinnon is your best option. Sure he hasn’t seen the end zone yet, but he’s due. And the Panthers are just the team who can let that happen as their defense has given up 13 rushing TDs, 2nd worst in the league.

I’ve already laid out my affection for Kelvin Benjamin this weekend, but this does seem to be a tough if you have to choose between the two. Mike Evans has 8 touchdowns in his last 7 games. The Bengals defense, though, has only allowed just 6 scores to wide receivers all season. Based on the matchup, I like Kelvin more this week.

I think Josh Gordon proved in his return to action last week that he IS the Browns offense. First week back and he gets 16 targets? I think they like him, despite how “alienated” he felt during his suspension…Both Rashad Jennings and Fred Jackson looked good last week getting their fair share of action coming off injuries. I like Jennings more though, based on the matchup with Jacksonville. So Rashad Jennings and Josh Gordon are your two.

The answer is Sammy Watkins and I’ll tell you why…First, he doesn’t seem entirely healthy. Watkins should have lit up the Jets pass defense on Monday Night Football. He wasn’t necessarily limited, but just 3 catches and 5 targets? Against the Jets?…Reason #2 is Joe Haden. Yes, Julio Jones got by him for one but Haden had his revenge. Oh did he ever.

Everyone have a very Happy Thanksgiving. You’re welcome to keep the questions rolling, but if you awaken me from my post meal slumber, it will quickly turn into Slapsgiving…in which I would gladly deliver.